Visual Resources of the Middle East 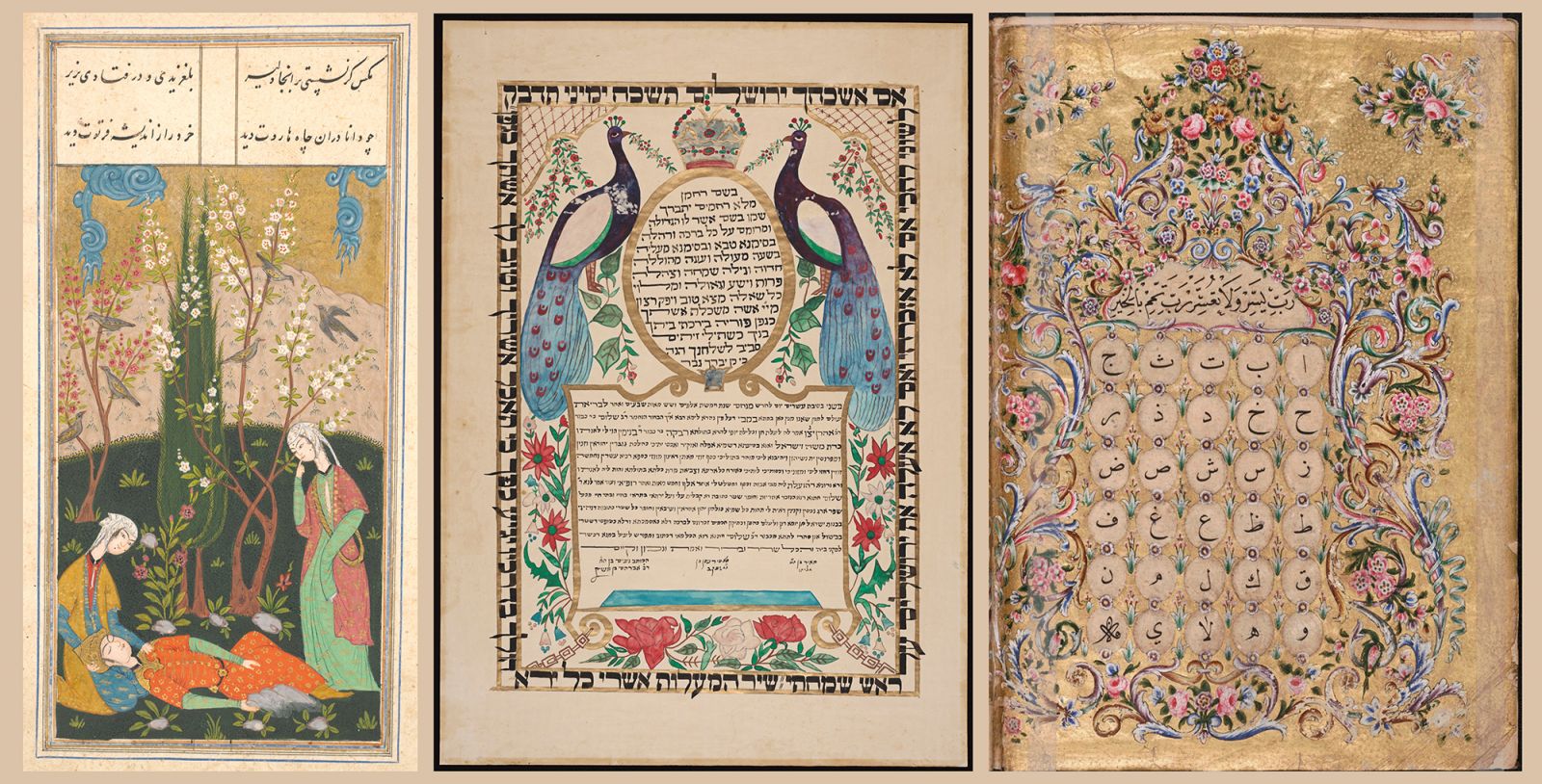 Yale University holds a wide array of images from the Middle East across its encyclopedic collections. The goal of the Visual Resources of the Middle East (VRME) project is to collect works of art, documentary photographs, and diverse objects from different collections onto one platform, with the aim of introducing the materials to a diverse audience at and beyond Yale. The VRME collection can be found in Artstor’s public collections thus ensuring open, public accessibility to Yale’s extensive holdings. At present a highlights collection, the VRME continues to grow as we continue cataloguing and uploading new material from across the university. 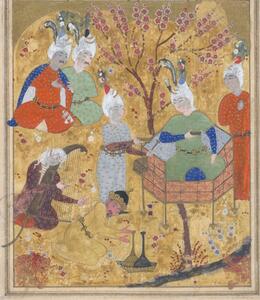 The YUAG holds extensive objects from the Islamic Middle East and North Africa. With particular strengths in textiles and ceramics, the YUAG also holds many manuscript paintings from early modern Iran and India. The photography department holds a moderate collection of orientalist photography, as well as works by contemporary photographers like Shirin Neshat and Fazal Sheikh. The Modern and Contemporary department holds a selection of works from Middle Eastern diaspora artists, and these holdings are slated to expand as the YUAG aims to widen its global coverage. The collection also includes historical documentation from the archaeological expeditions made in Dura Europos (modern day Syria) and Gerasa (Jordan) in the 1920s and 1930s. 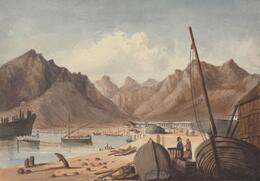 The YCBA features the largest collection of British art outside the United Kingdom. Included among the vast holdings in paintings, prints, drawings, photographs, rare books, and manuscripts are more than one thousand objects that document British travels through the Middle East and North Africa. While often marginalized as simply Orientalist, these objects, despite the imperialistic views of many of their makers, still present excellent primary source material on the 18th- and 19th- century Middle East. 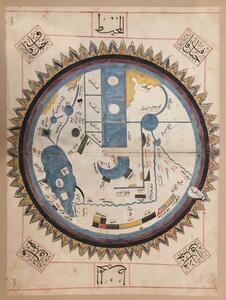 One of the most renowned rare book and manuscript collections in the Western Hampshire, Beinecke holds extensive and diverse resources in the Middle East, from Shahnama manuscripts from Safavid Iran to photographs of F.T. Marinetti on his visit to Egypt in 1937. Additional material includes calligraphy primers, ketubahs, Qurans and medieval cartographic works.  Moreover, Beinecke just acquired (but has not yet catalogued) the Carney photography collection of Orientalist 19th century photography, which even includes some early 20th-century documentary film footage of Egypt and the Levant. Once catalogued and digitized, this will be a highlight of the collection. 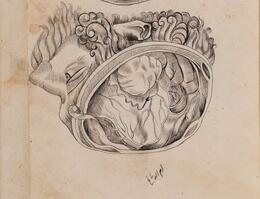 The Cushing/Whitney Medical Library holds rare medical manuscripts from around the world, including many from the Middle East. There are 26 fully digitized Persian and Arabic volumes available through AMEEL. These illustrated volumes will be a unique addition to the collection as they are, like the Peabody objects, not primarily categorized as art works, but rather entered Yale’s collection through the medical school.

The Middle East collection at Sterling offers visual resources in Middle Eastern books and periodicals published throughout the Middle East in Persian, Arabic, and Turkish. Ranging from Qur’an manuscripts to Arabic movie posters, this is probably the largest and least well-documented of all the collections because the majority of the visual material is embedded within textual sources. Many of these sources are already digitized through the AMEEL system.

Included among the Peabody’s vast natural history collection are a small subset of objects from the Islamic world, mostly discovered through archeological digs. Including some interesting examples of medieval and early modern Persianate ceramics, these objects will be particularly interesting within the VR for their diverse provenance and categorization as artifacts instead of art objects.

Housed in a farmhouse in Farmington, CT, the Lewis Walpole Library is a comprehensive collection of books and manuscripts related to 18th century Britain. Included among these, are a group of representations of the Middle East as imagined in British prints. Highlights include famed caricaturist James GIllray’s “Intercepted Drawings” which satirize Napoleon’s “savants” and their documenting of Egypt during the 1798 military campaign.

The Visual Resources of the Middle East (VRME) project aims to consolidate archival material on the Middle East from different libraries and galleries at Yale onto one platform. The project was initiated in 2018 by Kishwar Rizvi, Professor in the History of Art, with a Title VI Grant from the US Department of Education. Design development and metadata collection for the project was done by Alex Seggerman (PhD, 2014 and CMES post-doctoral fellow, 2018) and Dina Taha (MED, 2019), who amassed over 900 items from across collections for the initial launch in 2020. Lindsay King, Associate Director for Access and Research Services at the Haas Arts Library, was the liaison with Artstor who helped guide the project from its conception, and Maria Zapata, Technical Assistant at Haas, provided cataloging and uploading support. Marilyn Wilkes, Director of Communications at the MacMillan Center, helped conceptualize the project design and its publicity.

We are grateful to colleagues across Yale University, at the libraries and museums, who have kindly provided access and support. The project was generously funded by the Higher Education Opportunity Act, Title VI Program at the MacMillan Center’s Council on Middle East Studies, and the History of Art Department at Yale University.

Video Highlights from the Collection 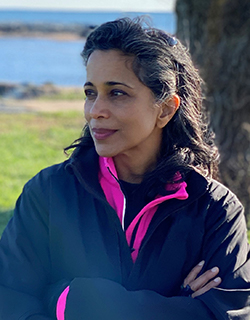 Kishwar Rizvi is a Professor of Islamic Art and Architecture in the History ofArt Department at Yale University.  She established the Visual Resources of the Middle East working group in 2018, with funds from a Title VI grant from the US Department of Education to the Council on Middle East Studies at Yale. The impetus for the VRME comes from her teaching and learning from students about the breadth of the collections, and a desire to make these resources widely available.  In this video she introduces the project and also shows viewers how to navigate the VRME site on Artstor. 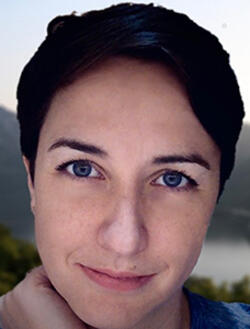 Anne Hunnell Chen is a Postdoctoral Associate in the ARCHAIA Program at Yale University where she leads the Yale Digital Dura-Europos Archive (YDEA) Project. She received her Ph.D. in 2014 from Columbia University. In this video she discusses the unique archaeological circumstances at Dura-Europos (Syria) that led to the unusual survival of artifacts made of organic materials–including a Roman shield (scutum) and child’s shoe–today preserved in Yale collections. 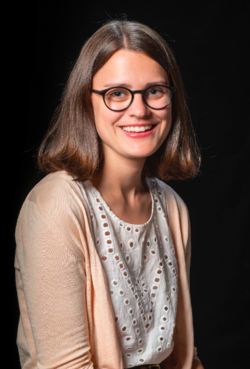 Manon Gaudet is a PhD candidate in the Department of the History of Art at Yale University. She studies the history of 19th and 20th-century North American art and collecting. Prior to coming to Yale, she received an MA in Art History from Carleton University and a BA with Honours from the University of Alberta. Her professional experience includes internships at the Smithsonian Institution, the Metropolitan Museum of Art, and the J. Paul Getty Museum in addition to work with the US Embassy in Canada, the Carleton University Art Gallery, the Art Gallery of Alberta, and the Yale Center for British Art. 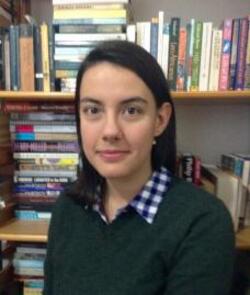 Selin Ünlüönen is a Ph.D. candidate in the department of the History of Art at Yale University, and starting in Fall 2021, she will be the Mellon Postdoctoral Fellow in Art History at Oberlin College. Focusing on manuscript painting in early modern Iran, her dissertation studies how books and manuscript paintings shape the cultures that produced them. In this video, she speaks about a nineteenth-century alphabet book from Ottoman Istanbul currently at the Beinecke Rare Book and Manuscript Library.